Cupping has recently sparked interest in the public eye as many Olympic atheltes use this ancient therapy throughout their training and for recovery. Cupping has been a part of Traditional Chinese Medicine since 300 AD, where it was first recorded in a work called A Handbook of Prescriptions for Emergencies, written by a Taoist herbalist named Ge Hong.

There are several types of cupping, the most commonly used are: Fire Cupping, Suction Cupping, and Gliding Cupping. All three of these cupping techniques utilize the same foundation of applying the cups to the skin with a suction to create a negative pressure as the superficial muscle layer will be draw into the cup. Your physician will be able to determine which type of cupping would be best suited for you, as each method is used for different pattern differentiations (Chinese medicine diagnosis). Cupping brings Qi (energy) and blood flow to specific areas along meridians of the body.

Cupping is used to relieve pain in the neck, back, muscle stiffness, stress, anxiety, cellulite and much more. Cupping is also used as a preventative therapy for common colds, asthma, and chest congestion. 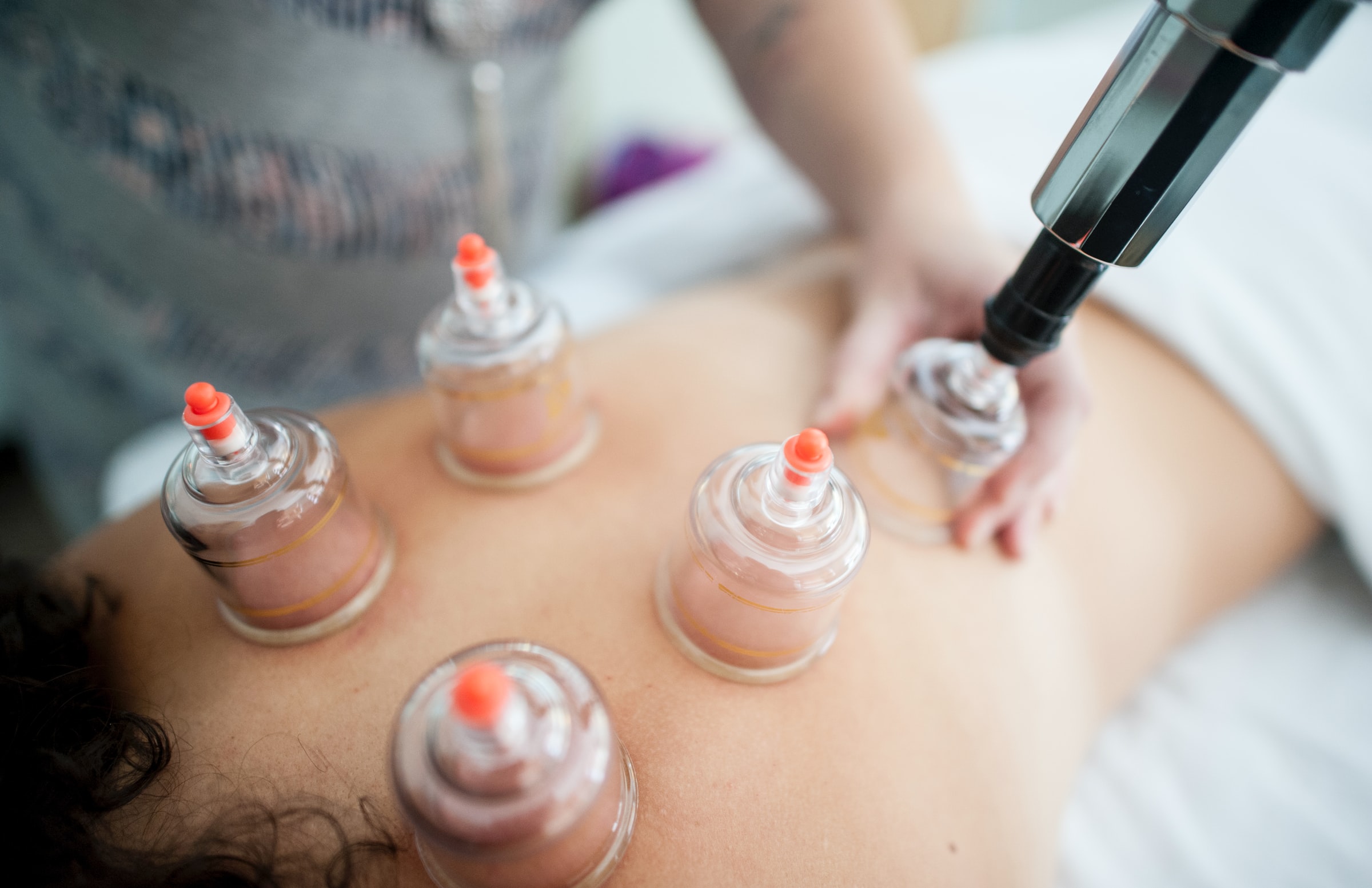